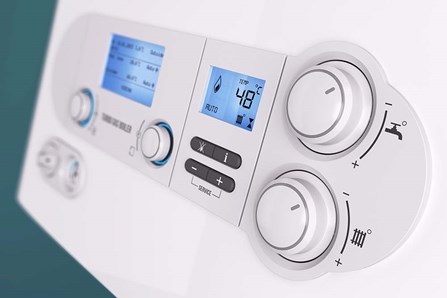 When the UK government announced a ‘Green Industrial Revolution’ in November 2020 Pettifier Plumbing’s heating engineers started to get a lot of questions from customers and clients who were worried what this announcement meant when it came to the replacement or upgrading of heating systems and boilers. Pettifer Plumbing’s MD is here to alleviate any concerns, and answers the key questions.

Are Gas Boiler Going to be Banned in the UK?

The short answer to this is no.

As yet the UK government has issued no definitive legislation to say that they are banning the sale and installation of gas boilers. So, the media jumping on such phrases as “the boiler ban” has understandably caused worry and confusion for homeowners all over the country.

The government has pledged to make the country carbon neutral by the year 2050 and to achieve this one of the areas of focus has been the way we heat our homes, as this equates to roughly 17% of the UK’s carbon output.

While most people would agree that change is needed in order to move towards a greener future, this is not a change that is going to happen quickly and certainly doesn’t mean you will be forced to remove your existing gas boilers either.

Legislation that does currently exist is that from the year 2025 gas boilers will no longer be installed in newly built homes but again this will not affect existing properties.

What Does All This Mean for Us?

While you do not have to run out, right now and spend £15,000 on a brand new ground source heat pump, from some point in the ‘mid 2030’s’ (there is no specific date as yet) the government does plan to phase out fossil fuel boilers meaning that after this point if/when an existing boiler goes wrong it will not be able to be replaced on a like-for-like basis, instead a low-carbon heating system (heat pumps etc) or a boiler that is capable of being converted to run on hydrogen.

What Are The Options?

While low-carbon heating systems like air and ground source heat pumps are by far the best choice for the planet this doesn’t mean they are right for every one of us.

There are a few factors that would need to be considered before installing a heat pump, things like:

Considering all these factors the current reality is that the best decision most homeowners could make for the planet and their wallets is to replace older less efficient boilers will new high efficiency hydrogen ready boilers.

So, if you have an old gas guzzling boiler that’s unreliable and costing a fortune to run, and you’re not ready or in a position to install a heat pump or other low carbon heating system then a new high efficiency, hydrogen ready boiler could be just what you need.

If you’d like some more information or a quote just fill out the attached form and one of our team will be in touch.